Also known as Indonesia cinnamon, Batavian cassia, and korintje. Has the standard hot cinnamon flavor and about 2.5% oil content. Not to be confused with the sweeter “true” cinnamon (C. verum), this cinnamon is the type most common in Canada and North America. 2.75-inch is a popular size for garlands, and has about 75-90 sticks per pound. 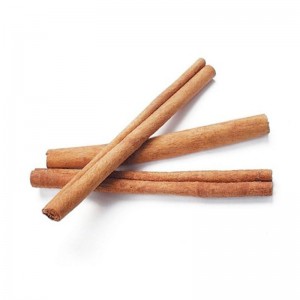