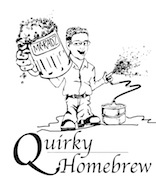 A long time ago…Greg (Quirky) was CEO of BSR Southern Nevada Group. A big title for a small company but BSR owned a handful of businesses including Greg’s favorite, a homebrew store called “Mr. Radz Homebrew Supply”.
The initial store was small and simple. The first customer was Bob Barnes who spent a solid half hour trying to decide what to buy-not due to selection but rather lack of. Within a few years, the store doubled in sq ft size, hosted events, hosted two local homebrew clubs and was well known.

Greg became a guest lecturer at UNLV on beer and wine and food pairing and had his own class on beer making. During one of these classes, Michael Ferguson from Gordon Biersch brewing came in and tried the beer. He was so impressed, he offered Greg a job brewing at Barley’s, a G.B. facility at the time.

Being the Barley’s brewer was a huge learning curve and a ton of fun and very time consuming. Michael Ferguson was the regional and opening multiple locations. He was very dedicated and very demanding of his brewers-rightfully so, he was determined all the beer would live up to Dan Gordon’s high expectations and we would perform above any other brewer. An awesome mentor and someone Greg respects a great deal for his knowledge and passion and who can easily be credited with a great deal of Greg’s brewing knowledge.

In 1998 Greg sold Mr. Radz and moved to Colorado where he became a home wine maker and proceeded to make close to 1000 bottles of wine and only dabbled with beer until…

2011, during a backyard BBQ, Greg was talking about brewing and some friends insisted he brew right then. So they piled into the car and headed to the liquor store. And then the homebrew store. In 2012 talk of a tap house ensued and Greg designed and perfected a handful of initial recipes to share with investors, friends and critics. The tap house almost came to be when the landlord and the tap house partners came to an impasse. It was all cancelled.

After reflecting a few months, Greg decided to turn his focus to meeting the demand of local brewers, professional and amateur and thus, the store known as Quirky’s Homebrew Supply was born.

The name was an easy one-Many have called Greg ‘Quirky’ (talk to him a while, you will know why!) and thus coined the store name Quirky Homebrew Supply.

The official Grand Opening with cake and food, Northglenn City Officials, friends and customers, occurred on November 1st, 2013. Since opening day, Quirky’s has continued to expand product offerings, educational opportunities and contributed to multiple events by being a drop off point, donating prizes and event promotion.
We are open and excited to be part of the Metro Denver Homebrew community. Come on in and visit us when you are ready for your next brew!

The Quirky family thanks you for shopping with us! 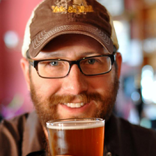 Greg and his staff have done a great job to make Quirky the one-stop shop for homebrewers focusing on the largest selections of malt, hops, yeast as well as equipment that you can find anywhere. Even the pro-brewer needs to pick up a lb of specialty grain sometimes. 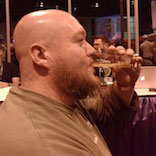 Quirky Homebrew is more than just a great homebrew shop… Greg and his crew have created a business that reminds me of the good old days. You walk in, you are welcomed by the owner, his kids are running around helping and playing (soon they will be brewing). You feel like part of the family. If you want something that isn’t presently in the store, Greg will work hard to find it, and get it for you. Old School Customer Service, mixed with new technology, topped off with expert knowledge and advice. Support Quirky’s… buy local, drink local, and brew local. 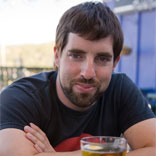 Quirky is what all homebrewers want in a local shop. It is a candyland of malts, hops, yeast and gadgets.