Bred in 1974 and released by Washington State University in 1990, Centennial is an aroma-type cultivar that has found favor as one of the most popular varieties in craft brewing. It is often referred to as a super-Cascade (containing nearly double the alpha content) and can be used for bittering purposes. Centennial is a diploid cross between Brewer’s Gold and a USDA male.
Aroma: Specific aroma descriptors include lemon and floral.
Typically 7%-12 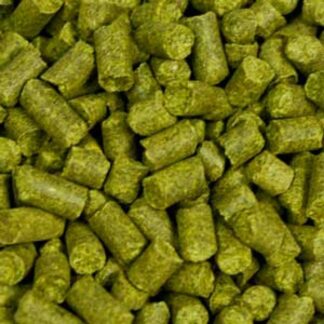